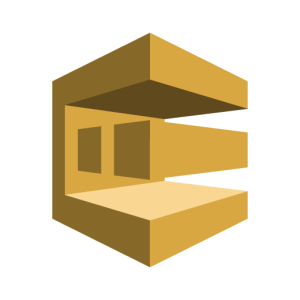 Rail’s has lots of solutions for background jobs. One of these is a brilliant Gem called Sidekiq, which we have written about before on Sitepoint.

Sidekiq is great and can solve most developer needs. It is especially useful as it takes over the heavy lifting from Rails. However, it has a few shortfalls:

Another approach you may want to consider for processing queued jobs is Shoryuken, which works in conjunction with Amazon’s SQS (Simple Queue Service). This is a basic store of messages that you can process later via Shoryuken workers. These workers then work outside of the main Rails processes. With SQS and Shoryuken, you create a queue for your workers to use and these workers cycle through the jobs until the queue is empty.

A few benefits of using Shoryuken:

In this article, I am going to guide you through setting up Shoryuken for use with the Flickr API. You will see how Shoryuken processes jobs in the background at lighting speed.

To begin this tutorial, we are going to use the Flickr API to create a simple search bar where we can generate photos based on whatever id is entered.

Next, set up the Rails app with a single controller action. To set up a new Rails app, generate one like so from the command line:

Next, set up the controller. A standard controller action with an index action is perfect:

Add a root route that to this action in config/routes.rb:

On the index page, set up a simple search form:

We must set up a Flickr module to return photos of the user ID being submitted:

This method returns the photos based on the provided Flickr user ID. In app/controllers/search_controller.rb, we need to put in an action to grab that data:

Now, just create a little partial to generate the photos. In app/views/search, add a photos.html.erb file with the following:

Flickr ids are present on user profiles in the URL. An example ID is 138578671@N04 and if you submit that value in the form, a bunch of photos are returned.

Now we have a functioning application that gets new photos from Flickr. This is awesome, but it is very slow for the user and it refreshes the whole page each time.

I think this app would be better with a bit of AJAX. First, create an index.js.erb view in app/views/search and put in some simple Javascript:

In the controller, make sure we have a respond_to block for our code:

Finally, in the search form, set remote to true:

Okay, so it’s cool, but we still have not used Shoryuken. The process is still single threaded.

If you don’t already have an Amazon Web Services (AWS) account, you’ll need to set one up. Follow

Once we have the AWS access keys, the next step is to install and configure the relevant gems. First, install the AWS SDK with the relevant details by adding the following to your Gemfile:

We need to configure the AWS SDK with the relevant credentials. I usually create a file called aws.rb which I put in in the config/initializers folder

Add the following code to the file:

If we go to the SQS console, we will see a new queue created if you restart your Rails server.

Finally, time to install the Shoryuken gem. In our Gemfile:

Create the Shoryuken worker and some middleware. I just create a new directory under apps called workers:

Set up the worker:

As well as configuring our config/shoryuken.yml file to the following:

Excellent! We nearly have everything setup and ready to go. All that’s left is to send messages to our queue. In the search controller, put in the following:

Now we just submit another message. This time, you should see it appear on the SQS console. You may need to refresh the SQS console using the refresh button which is in the top right of the screen.

You should see a message in your queue but for some reason, it is not being processed. Better sort that out. Open up another terminal window and navigate to your project. When you are there, you must run the following command:

Now you should see you worker cleaning out the queue. When you go back to your app, you will probably see an error. Remember, Shoryuken runs in the background so it cannot create instance variables for your current process. You could save the photos to a database and then poll the table when the results arrive.

Now we just check our migrate file and make sure the correct fields are being added. Open up the migration file (in db/migrate) and make sure it looks like:

If everything looks OK, we need to migrate the database.

Make sure to serialize the array that is returned in our database. In app/models/photos.rb:

Then update our table every time the worker is run. At the bottom of the SearchHelper#user_photos method add a line to write the photos to the database:

To see it working in action, add a delay to your search controller action to give your database a chance to update. In the real world, I suggest a more elegant solution using AJAX.

There you have it. You now know how to take advantage of some awesome libraries for processing queued tasks with Shoryuken. While this example is very contrived, I used it to demonstrate how to use Shoryuken with SQS. No doubt, you probably have at least one use case that would benefit from queued messages.